This year I’m leading an exciting project called VirtualCity@Chalmers. This is an interdisciplinary research and development project initiated by the Building Futures Area of Advance at Chalmers. The aim of the project is to build a digital twin of the Chalmers campus sites Johanneberg and Lindholmen, involving 3D modeling, simulation – of traffic, pedestrian flow, heating, wind flow, air pollution, noise, flooding and more – optimization, visualization and auralization.

We are working closely with the City of Gothenburg, and in the next phase we plan to scale the simulation to the city level. Below is a mockup of our design and a target for the development this first year. 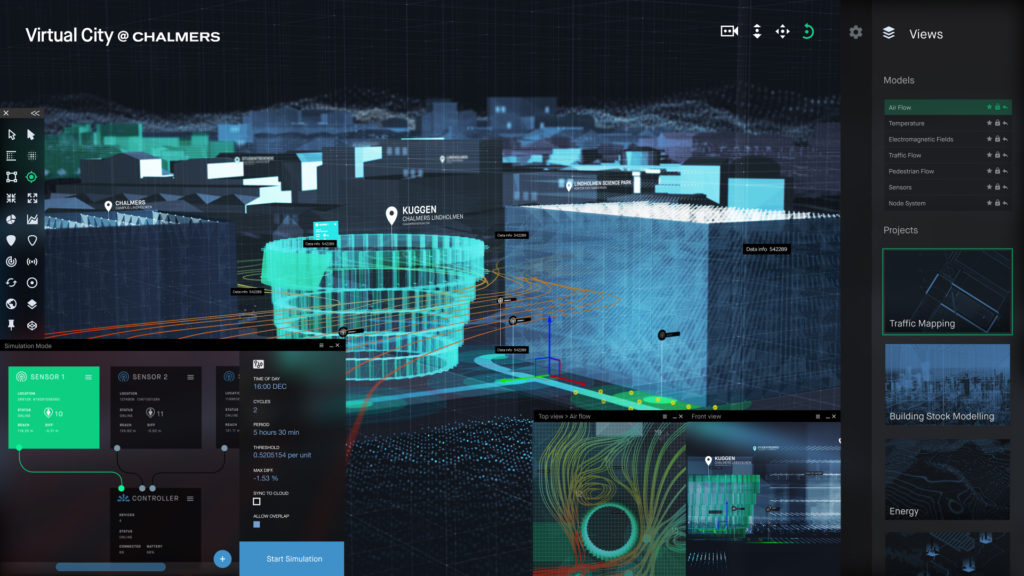 I’m very happy with the project team we have managed to assemble. The team includes experts in mathematical modeling, simulation, architecture, human-computer interaction, communication, and – very importantly – game programming. We’ll be using Unreal Engine to build our frontend, while the backend will be running FEniCS solvers, IPS IBOFlow and data repositories in the cloud. 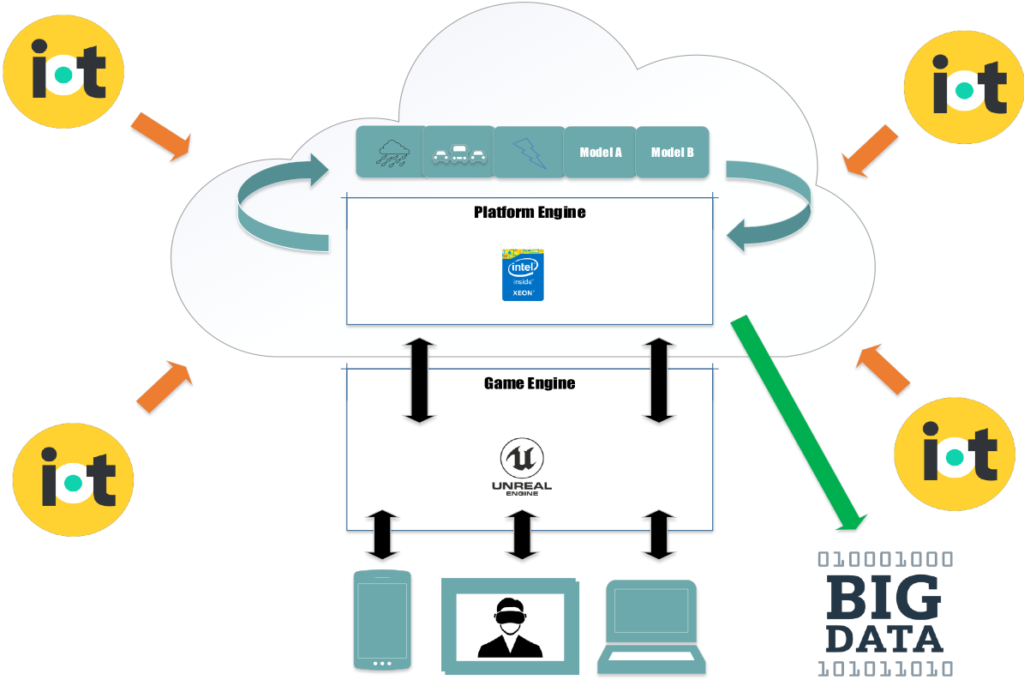 So far, we have managed to implement initial versions of all components, including a first version of the game engine/user interface, automated mesh generation, a couple of basic FEniCS solvers (Stokes and advection-diffusion), as well as getting the components talk to each other (via JSON over TCP). Some screenshots are posted below.

For more information on VirtualCity@Chalmers, make sure to follow our blog where we will be posting updates continuously. 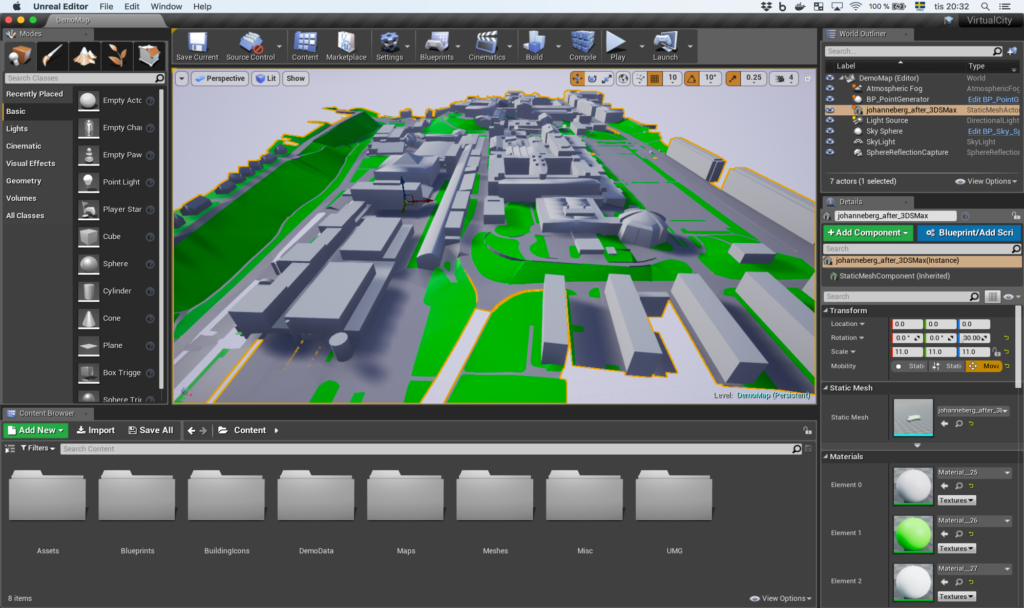