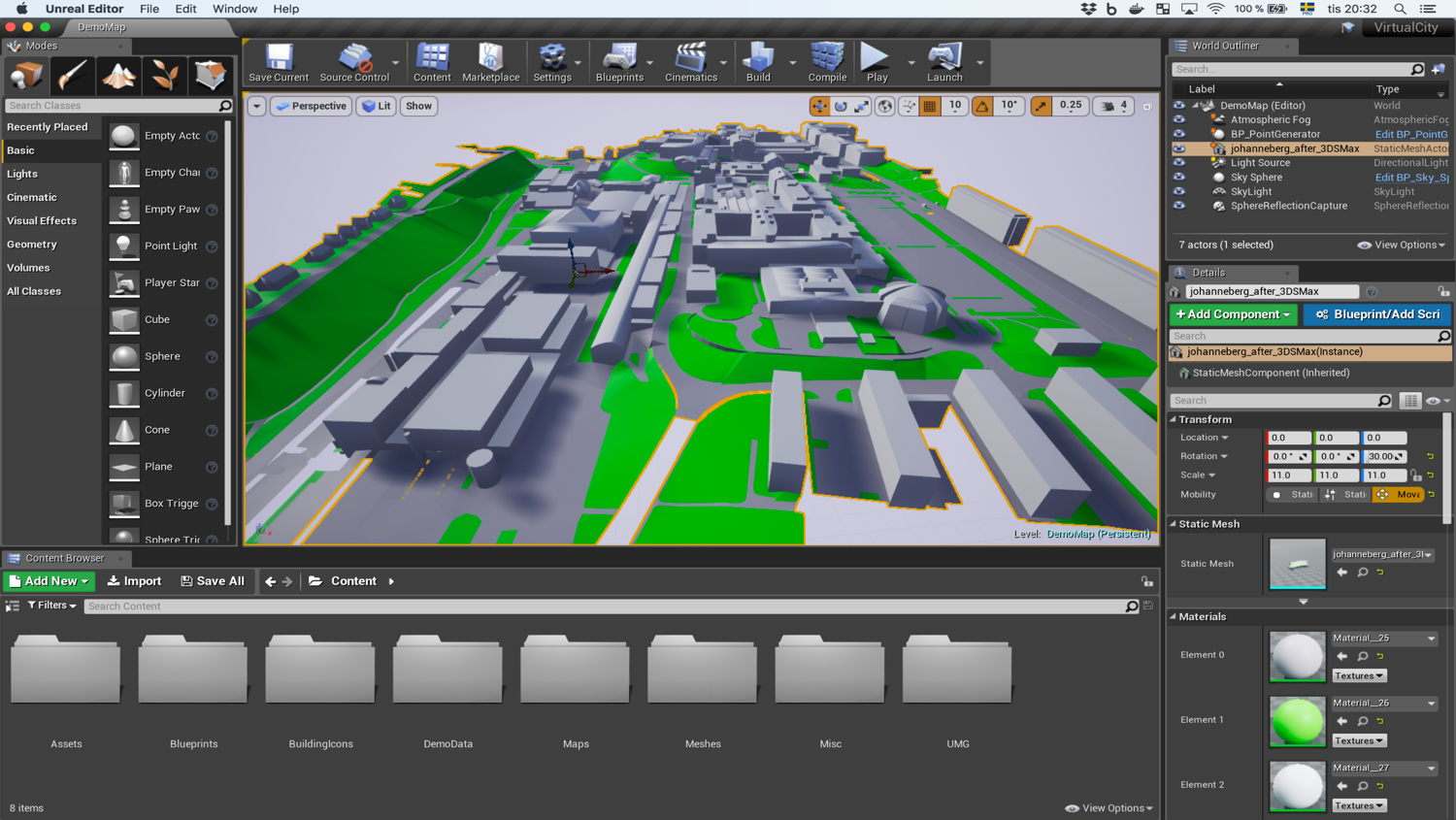 We are looking for talented and motivated students to work with the VirtualCity@Chalmers team. Several thesis projects are available, ranging from game programming (Unreal Engine) to modeling and simulation.

We offer a great opportunity to work in a cutting-edge research project and combine state-of-the-art technologies with fundamental computational methods. Depending on external funding the position can be extended after graduation. The starting date is “as soon as possible”!

Some proposed general topics include:

In January 2018, Chalmers launched the interdisciplinary project VirtualCity@Chalmers. The project is initiated by the Area of Advance Building Futures and aims to build a virtual twin of the two campus sites modeled as an immersive 3D world. We are currently building our prototype. Some of the main features include real-time coupling to some of Chalmers’ simulation/research software platforms and MR/VR capabilities visualised and powered by Unreal Engine.

Some good news from the publisher